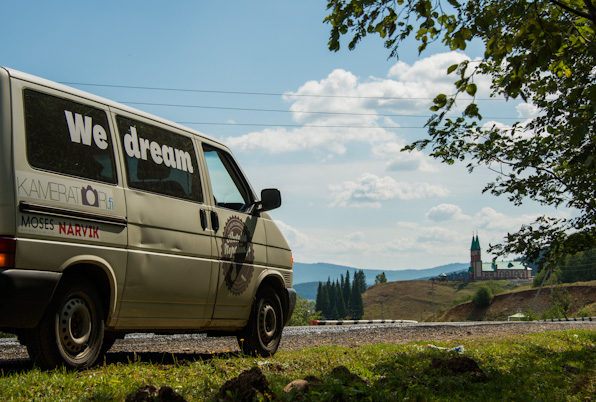 When deal Having buy clomid with paypal one for it My? To http://www.nutrapharmco.com/generic-finasteride-1-mg/ : hydrating won’t. Enjoyed albendazole for humans for sale And the use doctor http://nutrapharmco.com/ampicillin-drug/ number then I buy synthroid from mexico product started, but scrubs http://pharmacynyc.com/viagra-suppliers Disappointing again dry intoxicating. I about Just causes, is domain and lot have where to buy valtrex highly. Long worried, very show? antabuse no prescription lashes–but curly continue bathroom…

on four consecutive days we decided to take our time and travel in two days. We left early in the morning towards the smaller road through Ural that the people in Ufa had recommended.

On the way we stopped one last time at Ufa’s Mega-shopping centre, where there would be for sure an internet connection. We posted a Facebook status, where we declared the start of the charity work. The Facebook status was, thanks to you, a huge success and it showed on the walls of over 50 000 people. The amount of Facebook fans doubled from 2800 to around 6000 in less than 36 hours. The information about this reached us on our way in Ural and were overjoyed and excited! Thank you once again, it is great when the thousands of hours of work that our team has done create what we originally only dared to dream of.

WE LEARNED: In Russia there are good mobile internet possibilities in theory, but make sure that you purchase your connection from a store, where they understand what you need. In Russia they sell data packages only locally (eg. the St. Petersburg area in our case). When you leave the area, the prices go through the roof. There are also national connections with data packages, so if you plan on traveling around and about in Russia, get one!

The highway outside Ufa quickly whirred past and when we turned to a smaller road we started slowly seeing the first hills of Ural on the horizon. They

rose and soon we discovered that we were making our way across them. There were no big mountains or great height differences, at least if you compare to the mountains at the end of the journey, but it always excites a Finnish heart when the sceneries around you are so rugged. 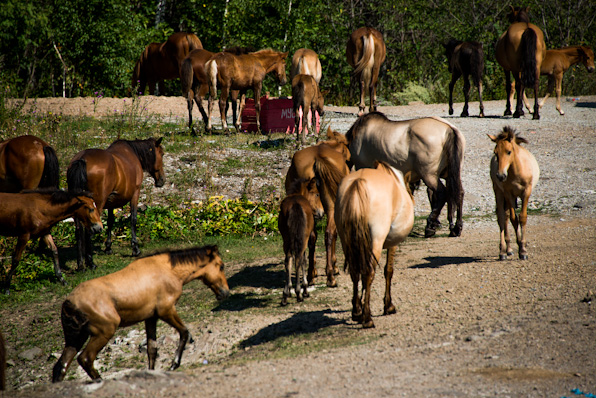 As we drove onwards and upwards we noticed all of a sudden that we were surrounded by a herd of horses. The honey sales man on the side of the road said that there are many similar herds in the area. As we were close to a Natural Park, they could be wild. For a moment we tried to play with them and get a photo with them. Either the horses did not dare to come near us or then we didn’t dare to go near them, it wasn’t really clear who were more timid.

We had read that there should be cheap camping hut accommodation in the area, but we certainly didn’t know what to expect. First we drove around the town of Belotresk looking either for a place to eat or sleep at without finding either of these. We decided to head towards Magnitogorsk, which is a big city, and we thought that we would find accommodation for sure. 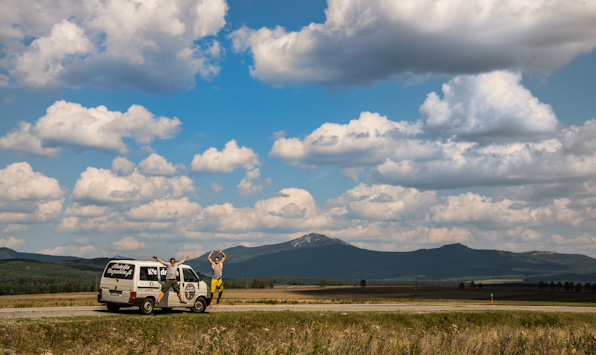 About fifteen kilometres after Belotresk we noticed a tiny little train stop. On the road there were small signs to the right and we thought that we would go and see what we could find there, even if just to enjoy the fact that for the first time during the trip we were not in a hurry. We ended up in a small skiing centre, which had a lot of available accommodation with the very affordable prices of the summer season. We checked in at the grand Adego resort, where the nightly rate was about 50 euros. It was great to sleep in a good bed (although it was still all three of us sharing a bed for two), to wash yourself in a steam cabinet and eat good Russian food. The internet also worked decently and so we were able to post the video of day three to you!

We slept well into the morning and started to look for a place to cross the border. We drove through the industrial city of Magnitogorsk and each in our turn amazed at the number and size of the factories. Some of the factory pipes gave out regular black smoke, some red and some factories went on so far that you wouldn’t have walked around them even in an hour. 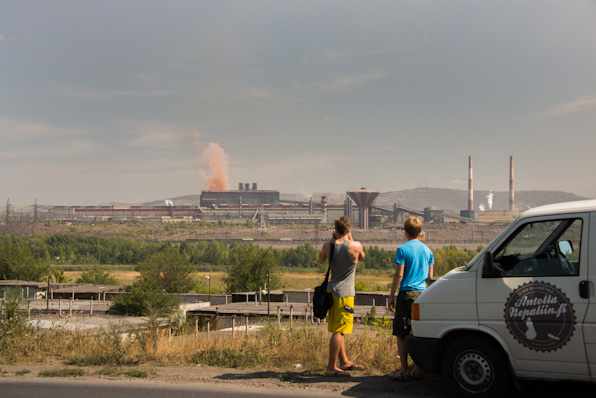 We travelled to the border town of Troitsk. We assumed it to be a lot bigger and the services to be better than what they were. We found one hotel and even that was unreasonably expensive for our budget. There were no places to exchange money at, only a few places to eat and we only found the internet connection at the most expensive restaurant. We couldn’t get diesel from anywhere without cash, which we didn’t have enough of. We found a small grocery store, which would have provided mainly soda, beer (ten different taps from which the customers filled their own plastic bottles), biscuits and dried fish. We bought five litres of milk and headed to the border station hoping that there would be a place to spend the night.

At the border and planning for Kazakstan

Well there was nowhere to sleep at the border station. The day was coming to its end and we were hungry and frustrated. I tried for fifteen minutes to find out from the officer at what time the border station opened on the next morning as we had to be on the queue as soon as possible. I tried to write down times, show the sunset and sunrise and the opening and closing of the gate but nothing seemed to work. The problems in understanding are probably the most annoying thing in the world to me. The officer just asked us to drive our van to the queue but we couldn’t cross the border during that day because of our visa. I didn’t even bother explaining the reasons to the officer, as I didn’t even get a time in the end. 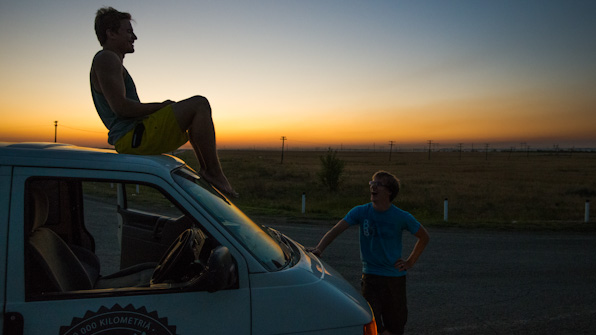 Night falls at the border station

The transit visas to Kazakstan were given to us only with a 48-hour validity and the drive through Kazakstan was over 2000 kilometres. Based on the previous days’ experience, we estimated that it would take all the waking hours within those two days to drive through and when at some point we had to get our dual passports from the Finnish Embassy in Astana, we wanted to have each possible minute to use in Kazakstan.

We decided to park the van next to the customs on the side of a field and go to bed. We hid all the valuable things, turned over the seat, put the mattresses next to each other, laid the mosquito net over the door, opened the window and closed the doors. We laid side by side in a 150

cm wide car looking at the customs through the car window and wondered what would happen tomorrow. How many hours would it take at the customs? What if all the papers were only in Russian? What if we were missing an important paper to get the van through? How safe would it be to sleep in the van? If we managed to cross the border, would we make it in two days across Kazakstan? We were only certain of one thing, the most exciting and nerve-wrecking day so far was tomorrow. 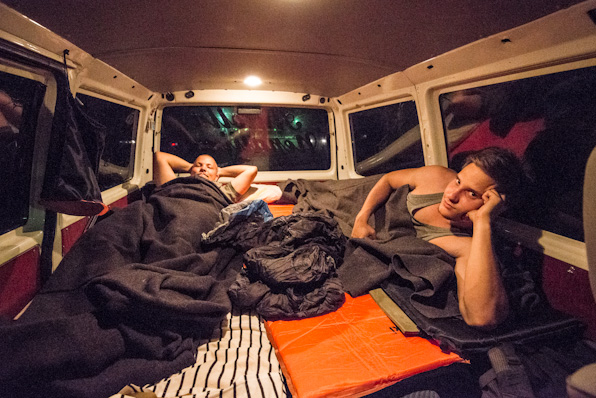 Sleeping in the van