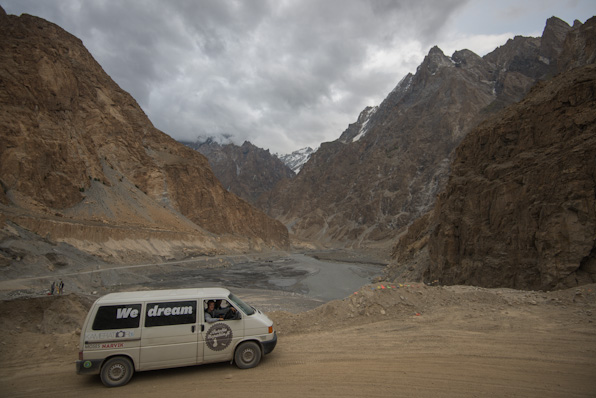 I was huddling in the back seat of the car with the shivers, while Rico and Mikael drove further and further up the mountain towards the highest point of the trip, which lies at 4732 meters. The scenery changed into more grand; there were fewer yurts and more domestic animals with thicker hair.

The Lump enjoyed the curves of the wonderful asphalt road on the Chinese side, and the guys were in awe of the unbelievable scenery. Then we arrived at the apex of the pass and officially entered Pakistan. 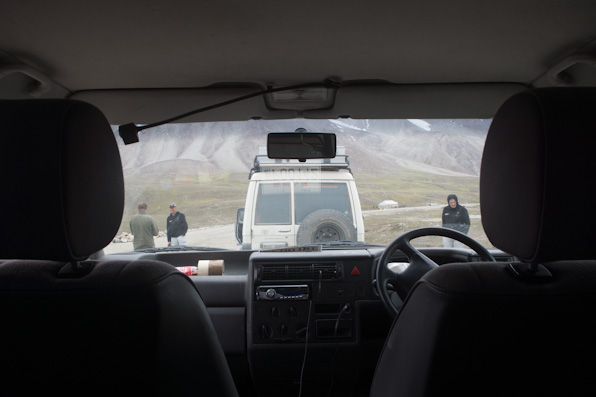 At the apex the guys stepped outside to get some cold fresh air, I took a picture of the scenery from the back seat of the van.

At the border the road changed into a gravel road, but because we saw at least a dozen men working near the road, we assumed it was just some temporary road work. It wasn’t. 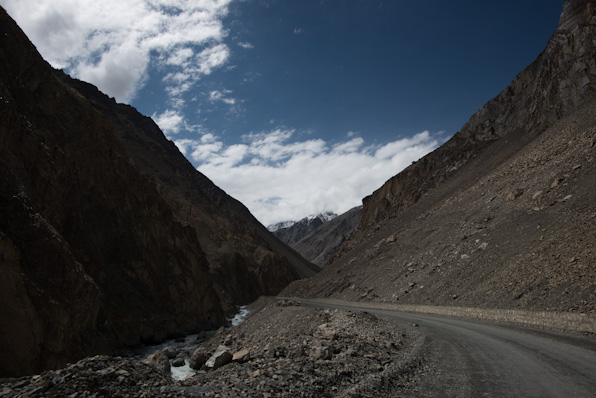 Even though we were driving downhill, the Lump had to work like crazy. Brakes were screeching, steering was all over the place, and oh the poor tires – they constantly hit sharp rocks. In a few kilometers’ drive we descended almost 200 meters. 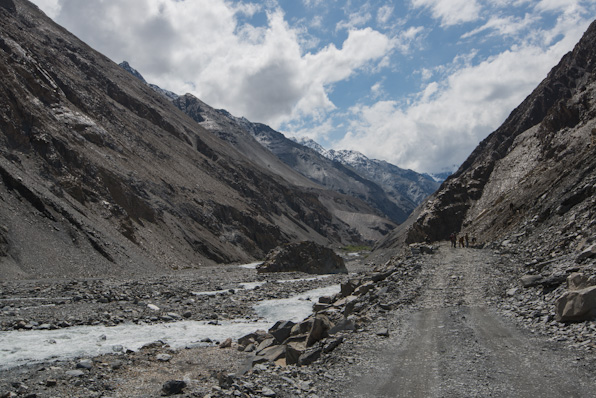 The narrow road that had been cut into the side of the mountain made a sharp turn at each end of the mountain, and then continued to snake down side ways. On the outer edge of the road the drop was always at least ten meters and sometimes even close to a hundred.

We got down through the pass, but road quality didn’t improve at all. There were still Pakistani workers with pick-axes, shovels and drills but they didn’t have anything bigger than a compressor for improving the roads. 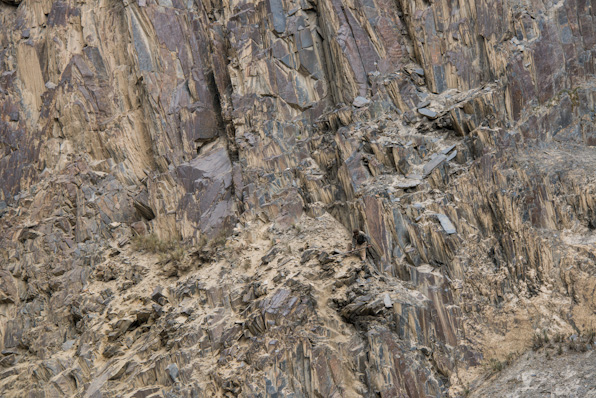 Find the worker in the rock wall!

At the border post we went through the border crossing formalities easy, fast and without problems. The only thing that made us wonder was the raft they told us about. They said the road was closed and that we would have to cross the lake (27 km) on a raft. We were really surprised because our map didn’t show the road running alongside or across the lake.

Our initial plan was to drive to the town of Gilgit on that day, but the raft was before Gilgit, and they told us it would be a good idea to spend the night in the town of Passu. After we found a place to stay the night, I went straight to bed. I was exhausted, tired, sick and had horrible shivers.

I tried to call home to talk to my wife but none of our phones had any coverage in the area. I felt completely hopeless. Despite the gorgeous sceneries of the day, the worse moments of the trip shook me. 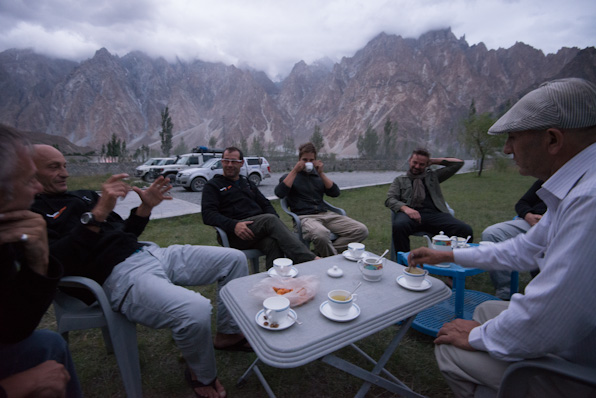 Mikael and Rico spent the evening with a group of Italians, who had the same destination as we did. They had a guide who told us that the raft fee would be 272 US dollars. We couldn’t believe the price because the owner of the hotel had mentioned a similar sum in local currency (less than 3 euro) per person.

We just had to wait until the next day to find out about this, and also to see what condition I would be in.