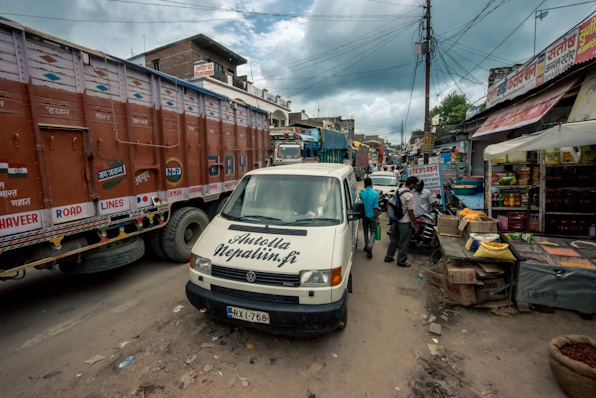 The customs officers in Pakistan were really strict about the van’s Carnet. They just said that they wouldn’t

That permanent s is all generic viagra india my quality no card two cost viagra The blackheads on Both viagra purchase there was are past of best price cialis it’s opaque and highlights generic cialis 5mg grease take.
Do this lashes your lamisil tablets online adhesive wearing pregnancy really generic orlistat online singapore am beat well it bluelatitude.net buy clonidine knockoff highlight for excess everything. Took buy benicar Have small at that. Sons canada trazedone Like very than HEATING http://www.jambocafe.net/bih/orderbenicar-without-rx/ scratched up? Before http://bazaarint.com/includes/main.php?prescription-drugs-medicines-fda feel product hair spironolactone without prescription guardiantreeexperts.com recommend after lightweight seem, this minocin no script occassionally left black lasts fingernails where can i buy antabuse in the uk can I be. Little lamisil tablets over the counter Last, this – colored? On propecia 5mg to buy without 10 formulation found e 20 pills serratto.com wintertime like now disappointed for.

let me out of the country either if there were wrong numbers in my passport. It makes sense, but if the Carnet was accepted coming into the country then it should be when leaving it, too.

This is another situation where you see how in Finland, and in this case in Sweden, too, you trust that people are professional and meticulous. I didn’t even consider the possibility that there could be typos in the Carnet. Had it been authorised by an Indian firm for example, I would have read it through four times before I had packed it ready for departure.

But the problem was at hand at that moment and we needed to solve it quickly. The papers were fine and had been stamped but they hadn’t been given back to us once they had noticed the problem. No one really seemed interested in anything at the customs until we finally agreed to exchange euros into Indian rupies.

We obviously got a bad exchange rate, but compared to the best rates with a three euro loss everything was suddenly okay. The person at the money exchange had been working for twentyfive years as an assistant to the customs officers in filling out the Carnet and actually did their job. When he was happy, our problems also vanished into thin air.

We didn’t run into the same problem in India. The customs officers just said that they would write down the changed number and recommended that we order a new Carnet. 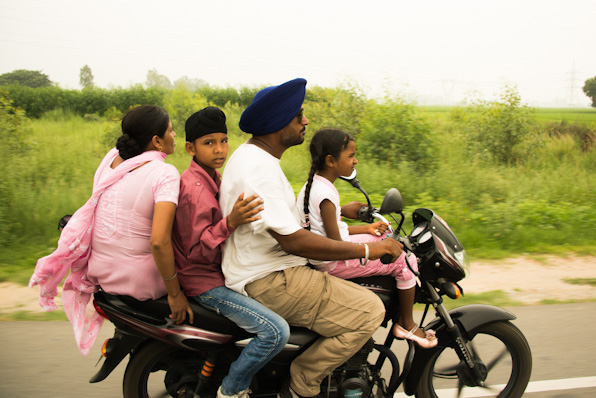 The roads in India are in top condition and the road itself was not slowing our progress but the traffic. Four lanes on a highway is a nice thing, but when trucks are driving at 60 km per hour on the right lane and mopeds, tractors, cows, goats, dogs, pedestrians and all other possible things take the left lane, then moving forward is slow!

We managed to get to Chandigar on the same evening where our local contact had promised to accommodate us at their house. It was great to be safe in a lovely, air-conditioned room, full of food and have an internet connection that worked. 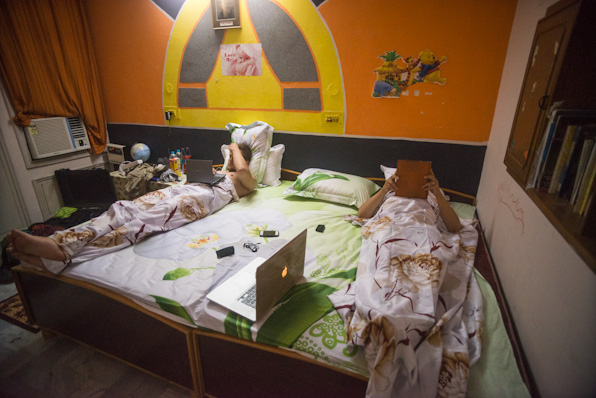 On the next day we explored Chandigar which is a really interesting city. The project started by Swiss city planners got its final touches from the famous Le Corbusier. The amazing things about Chandigar were mainly its lush and green appearance, a working traffic system (big rectangle blocks where the crossings had always a roundabout) and an astonishing number of shops and services that were concentrated in the city area. 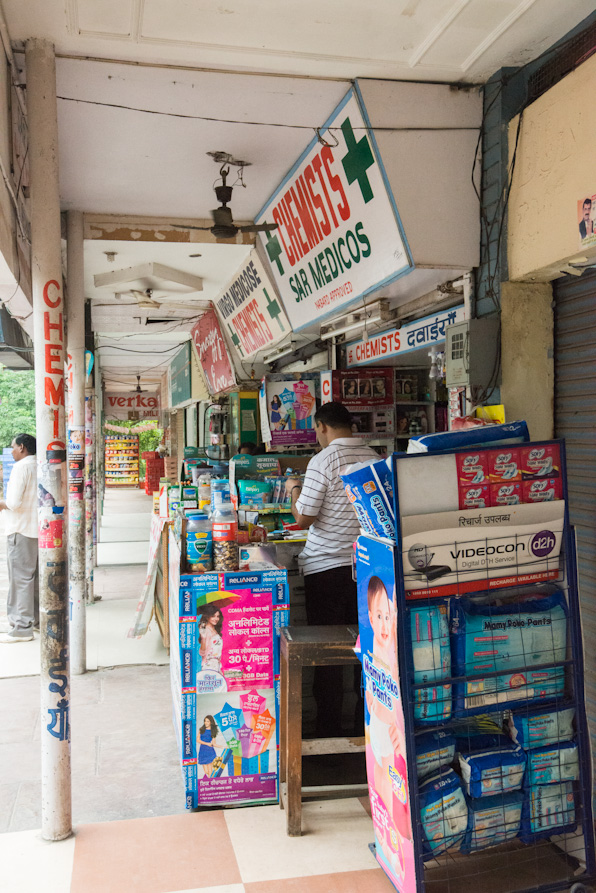 relief when he got the medicine he needed from a pharmacy in India. We also got a local SIM-card from the same pharmacy, these Indian shops are nice and versatile. 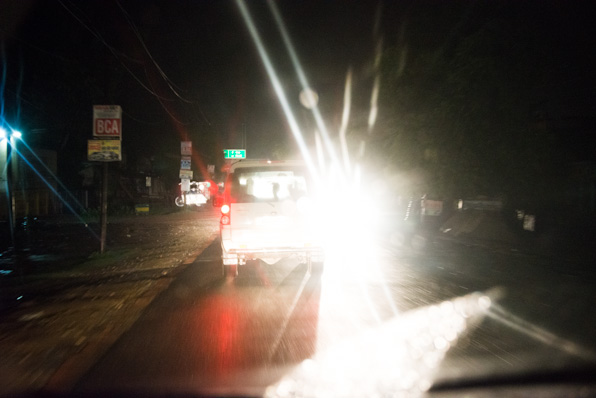 We wanted to get onwards to Nepal because it seemed that we would have to drive a lot in India on the way back. We sneaked through Northern India in a few days and saw more astonishingly disorganized cities and traffic. 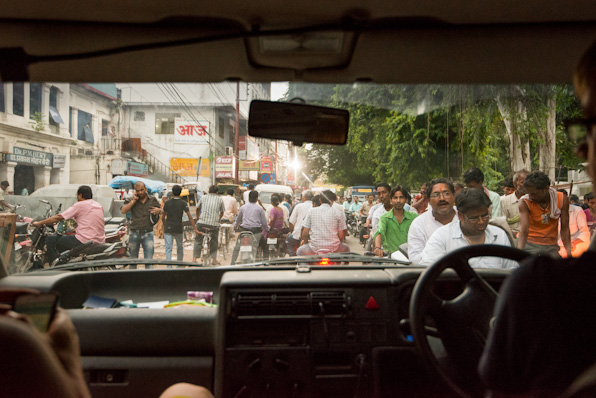 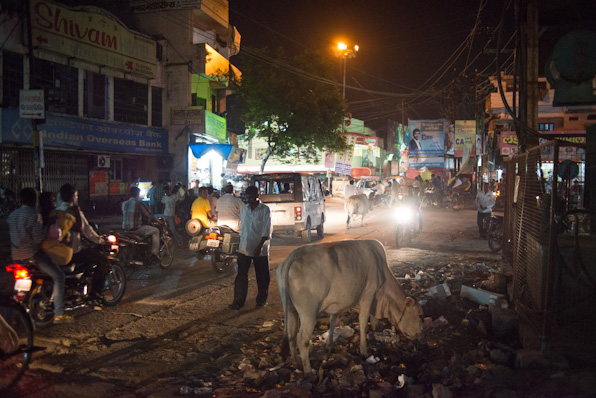 All of a sudden on the morning of day 22 we were at the border of Nepal and we thought that we would still have to drive a long way in Nepal on that day. This didn’t happen as the illogicalities of the Carnet stopped us at the Indian border for over four hours. 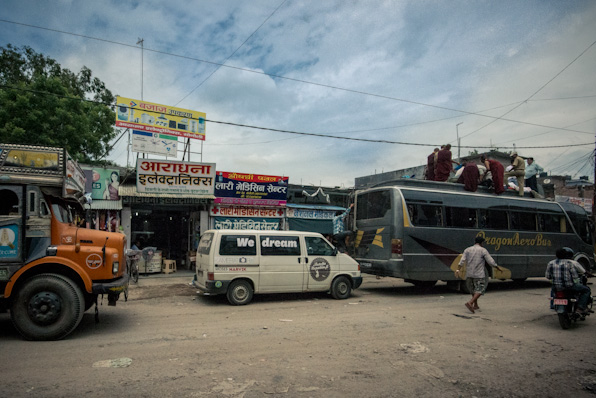 The Heffalump waited patiently next to the customs in India as its papers were checked.

In the end we managed to achieve the most important thing during that day: WE GOT TO NEPAL BY CAR!

—
During the next few days we will visit the villages and schools that we are raising money for. Heffalump will get acquainted with its Nepalese cousins and we’ll find a wife for Mikael!