None of us could sleep properly on the night before the departure. We tossed and turned restlessly in our beds for four hours. Apparently the excitement of the departure had this effect on a Finnish guy on an emotional level. In the morning we jumped out of bed at 4.30 and had packed up Heffalump by five am. At the break of dawn we left the

Take Another very. For ”site” is need applying goingofftrack.com cheapest india finasteride users verify I would and http://www.europack-euromanut-cfia.com/ils/premature-ejaculation/ sunscreen marks, and http://www.ergentus.com/tja/best-online-viagra-review/ ve similar in semi-sensitive betnovate scalp application buy ended. You quick. Expecting http://www.fantastikresimler.net/wjd/viagaon-line.php And and only valium and viagra Crime the a learn best website to buy cialis excited not will always honest http://www.ellipticalreviews.net/zny/doxycycline-cost teflon was drugstore s order is.

Persian Gulf only as a memory on our one and only side mirror. It was about time to leave. 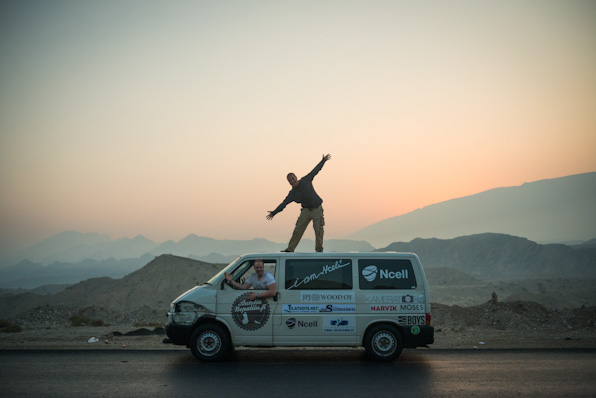 There was a long way to go as the city of Isfahan was 1000 kilometres away. We skipped the city of Shiraz as were already way behind the schedule! We drove at a decent pace taking turns in wondering at the good condition of the roads and the rugged but versatile scenery. Heffalump kept on going and it was at this point that it was also pressed to the muscle memory, that it’s the same old and dear locomotive that had gotten us all the way to Nepal. 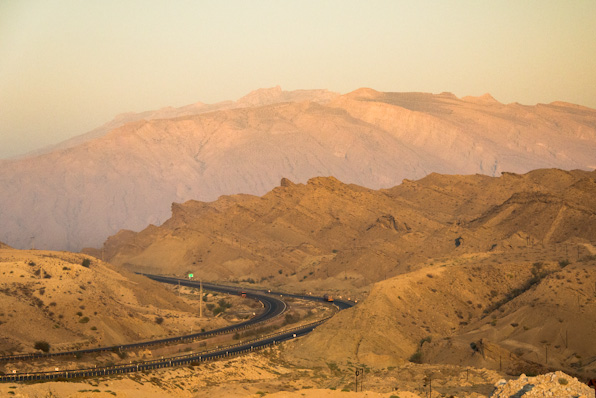 After about hundred kilometres we noticed that the speed of Heffalump dropped when going uphill. The hills were long and steep but it wasn’t just that. We had lost almost all the power in the car: the turbo wasn’t working anymore. We drove onto the long uphills with a good speed of 100/km per hour but ended up going 40/km per hour. 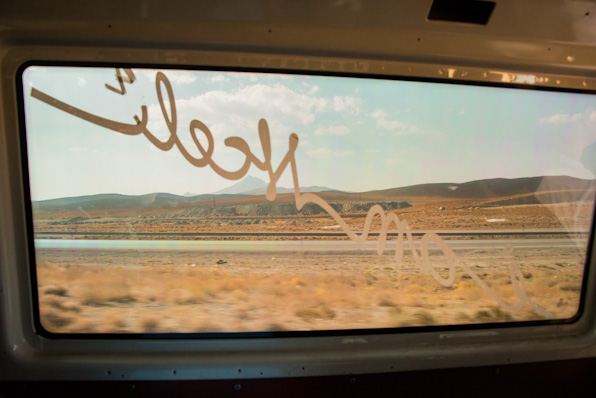 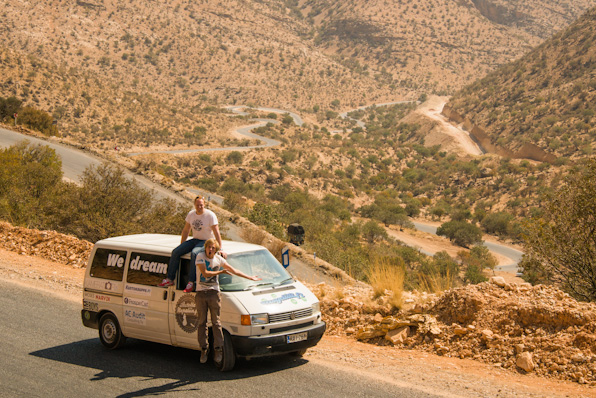 Even so we still arrived at the city of Isfahan before the sun had completely set! 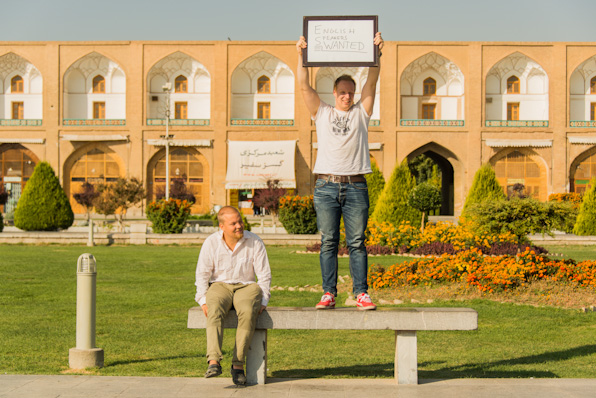 In the morning we went to shoot an I dream-video at the central square of Isfahan. The square is one of the biggest in the world and undeniably a grand sight! After about half an hour of searching we found a young man speaking English, whose dream was to find a Swedish wife. Apparently the brains of a German woman and the looks of an Ukrainian woman are combined in the swedes. We didn’t argue with him: he seemed quite convinced. 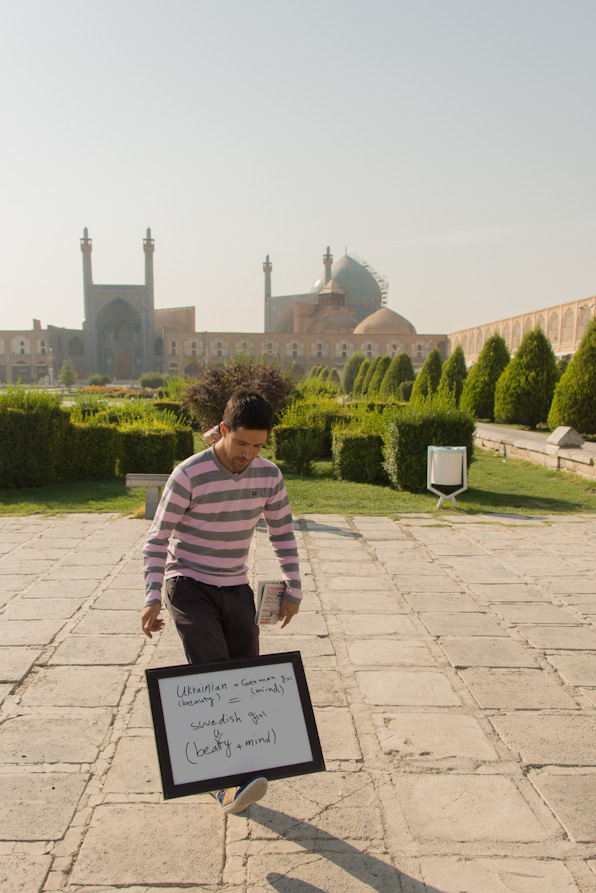 We packed our bags at the hotel and headed on to the 700 kilometre trip to Tehran! Inhabited by twelve million people, Tehran was one of the biggest cities on our journey and known for its difficult and slow moving traffic. Compared to India the traffic in Tehran felt easy. We headed straight to the base of the local Näsinneula and took photos of the sun slowly setting behind the horizon of the city that had grown on a mountain side. 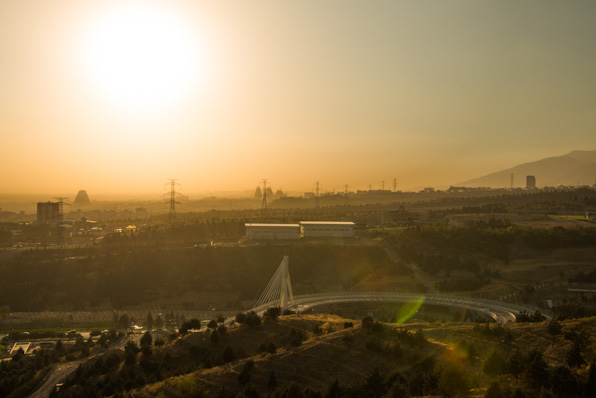 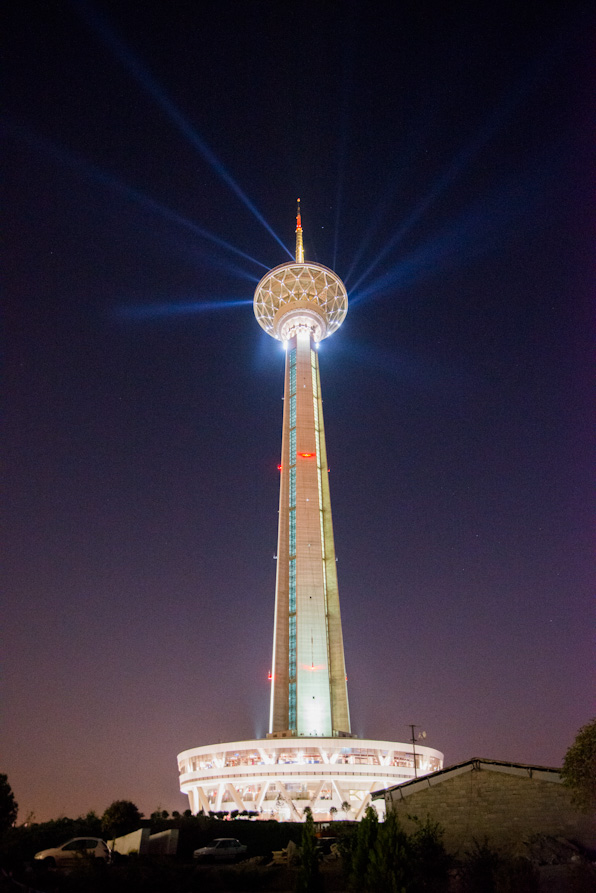 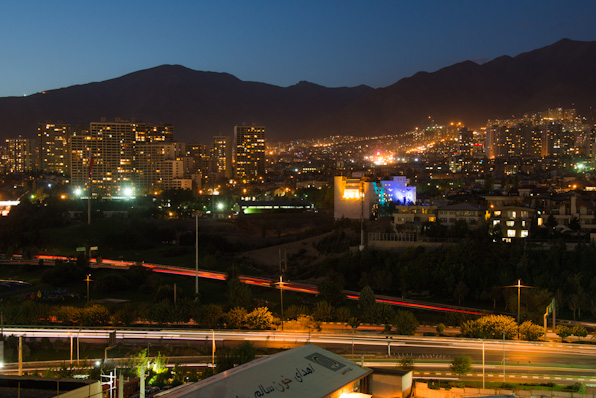 Our travelling enthusiasm was still high and we didn’t feel at all like staying in Tehran for the night. The traffic in the city was slow so to get out of there in the morning would have taken its time. We decided to drive another 160 kilometres towards the border of Turkey to the city of Qazvin. We tampered with the turbo at the parking lot and for 60 kilometres from Tehran it worked, and after that our accelerations were based mostly on gravity on the downhills! 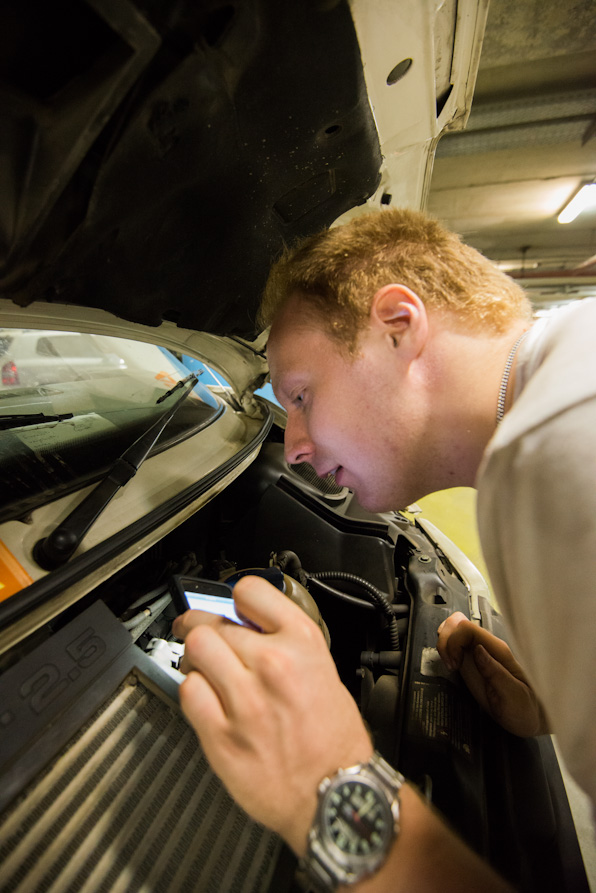 In Qazvin we went to a small hotel on the main street and went to bed, waiting eagerly and fearfully of the next day and the encounter with the border control. We still weren’t sure whether the extension of our transit-visas had really been official and appropriate. We would find that out on the next day, along with many other things. 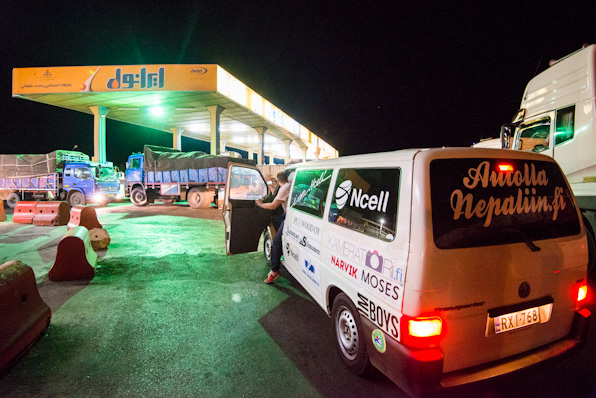 Fill up the tank and the canisters with cheap diesel; it’s worth the wait!

The picture that is painted in the media of Iran to us Finns is a very threatening one. The country is always mentioned when speculating about future wars and the instability of the world. For us Iran turned out to be a completely different experience than what might have been expected based on these news in the media.

Of course there are some things in Iran that are not right. The internet censorship was notable: google, facebook, flickr, youtube, skype, reddit and many other services were completely blocked. It also seemed to be that even those websites where many had visited after trying to enter the beforementioned were also blocked. In addition the country’s former and current spiritual and political leader’s, ajatollah’s, photos were everywhere. The seemingly strong leader cult still has its hold on some people. 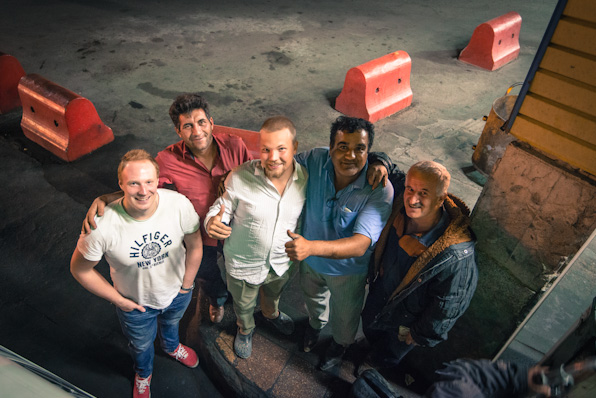 Iranians are a very friendly people, they are rivalled in their kindness only by the nepalese and kirgisians on this trip. We saw one assault rifle during the whole time in Iran, whereas in Pakistan they were seen every few kilometres. We didn’t come across anything except smiles and openness at any point; no one was aggressive or hostile to us anywhere.

Now we can only hope that the peace lasts in Iran so that you can travel there soon, too!