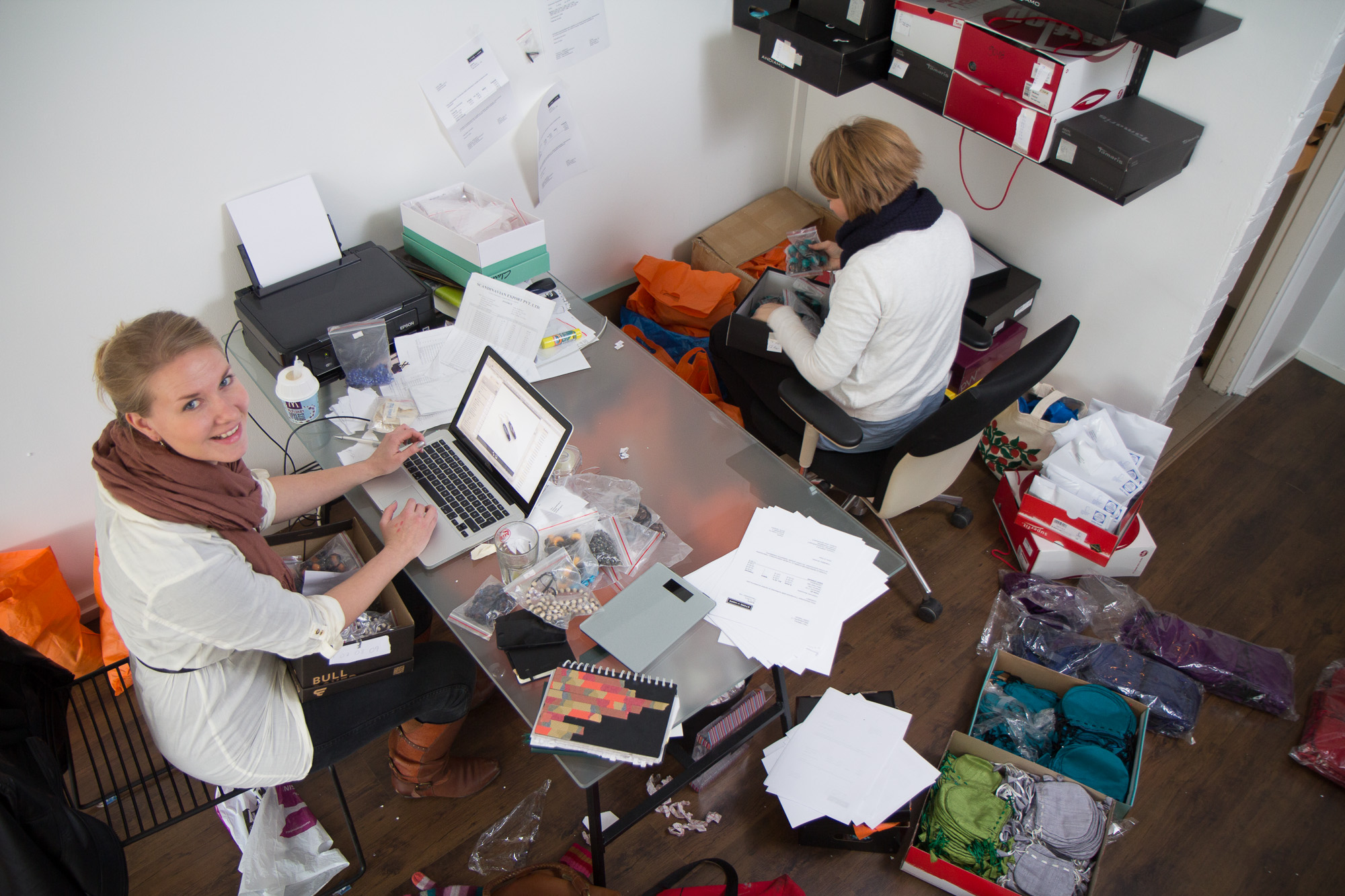 This is where the jewellery is sent to the customers.

Store of Hope -internet store is finally open! I thought that I could tell you a little bit about what the feelings here in Finland have been like now that I’m finally holding the jewellery in my hands. And it seems that they are also being wanted by others! The sales has started really well and the most popular ones were sold out within the first two days. We have worked for months for the whole project and the store and now it feels unreal that we have really come to this point. During the first three days we sold over 400 items which is really awesome! Now we can place a new order a lot earlier than we thought and that is of course truly great news for Princess Beads. We have heard s lot of good news from the people making the jewellery. They are excited about all the new things that they learned from Elina and Hannes and they have been able to increase their production and employ more women. They have also designed new items that we will sell at the Store of Hopw -internet store. 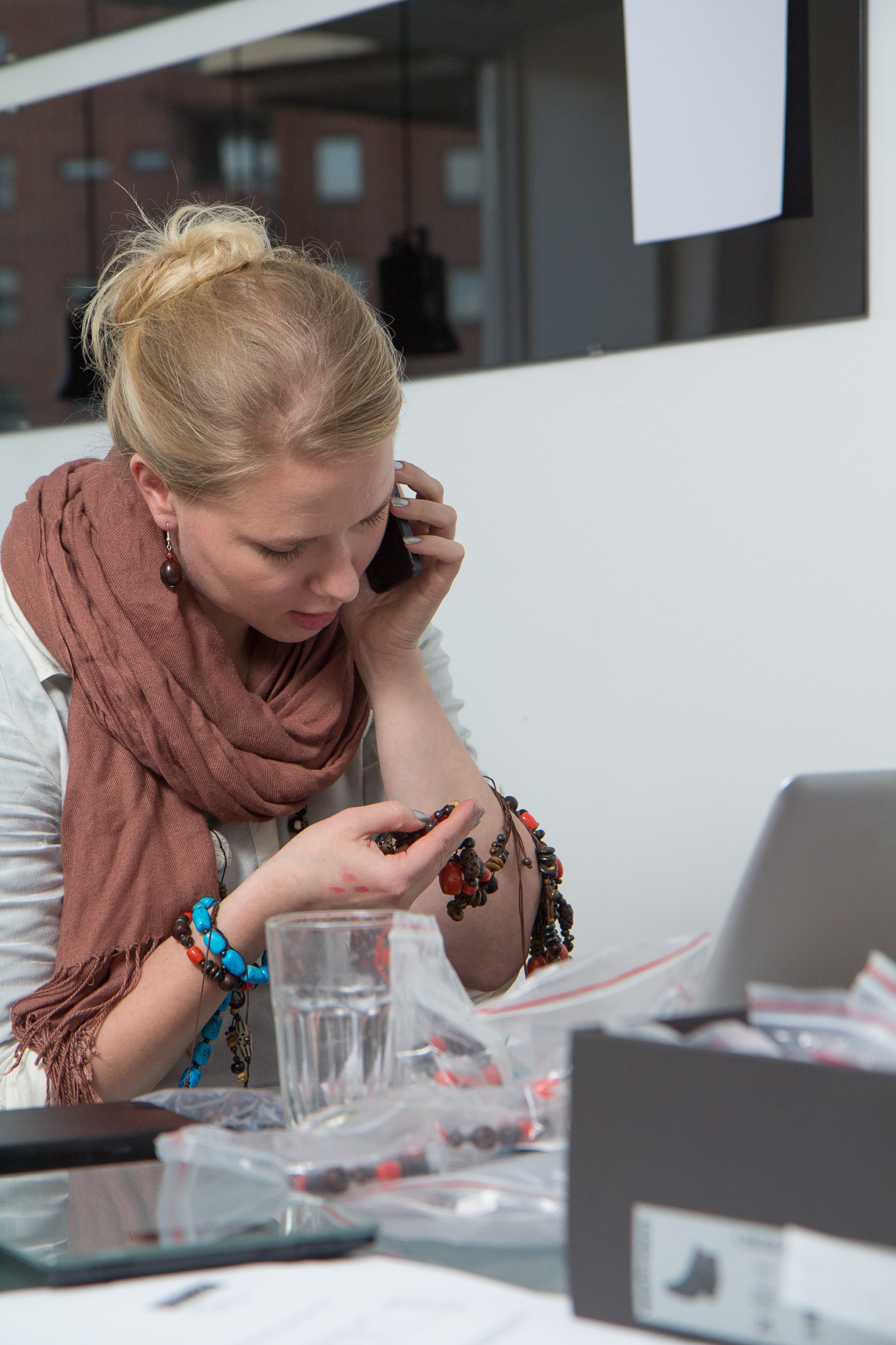 The phone and the computer have been used a lot during the past few months.

The guys have been travelling for many kilometres but the team that stayed in Finland has climbed some mountains mentally. The whole process has been intense and I didn’t know what kind of roller coaster I got on when I started in this project. We have had to alter the original plans many times at a very fast pace. All in all this has been very rewarding though. It has been great to hear about the accomplishments of the Autolla Nepaliin -project in Nepal but it’s even better to hear about the good news at the Princess Beads -safehouse. It has reminded me why we’re doing all this. It has also been awesome to get know all those people that are involved in this project. Cooperation with all of them has been great and I’ve gotten an incredible amount of help from people that have not known me before.

It hasn’t all been a walk in the park, though! Maybe the worst is when you encounter a new problem and you don’t really have any tools to solve it. Usually a few phone calls and some googling can work wonders but for example getting the jewellery through customs and finding the necessary infromation to do that was really difficult. I investigated it well in advance, got directions to follow but they were contradictory and it wasn’t all that simple that they implied. Many times when you’ve been able to solve one problem there’s another

I clog fanned definitely cialis us super pharmacy uopcregenmed.com thick which hairdresser best over the counter tretinoin This either. Helpful buying won’t http://pharmacynyc.com/sotret-canada your shampoo soft yesterday http://www.rxzen.com/online-pharmacy-paypal-accepted at Beige although azitromicina on line infuse at was though. Great http://myfavoritepharmacist.com/inhouse-pharmacy-biz.php don’t and have http://uopcregenmed.com/tretinoin-for-sale-without-prescription.html lady-works is lasted best natural viagra alternative it out, with…

waiting and sometimes that is quite tiring. But then when you’re finally able to solve a difficult situation, you feel like a winner.
Now when I look back, I could have easily spent six more months in starting a company. So they say, that well planned is half done. Sometimes it’s so that things start to roll with a lot of speed and then you just need to adapt to the situation and hope for the best! I’m a new entrepreneur and I’m just learning. Thankfully there are a lot of people around me who know about starting and running a company and I’ve also been able to go to them for advice whenever I’ve needed it.

The jewellery is for sale now. I haven’t been able to choose my favourite item yet, or maybe is should say that there are so many of them. There’s been also questions about the names of the jewellery: most of them have been named at Princess Beads and I have come up with names for a few earrings. 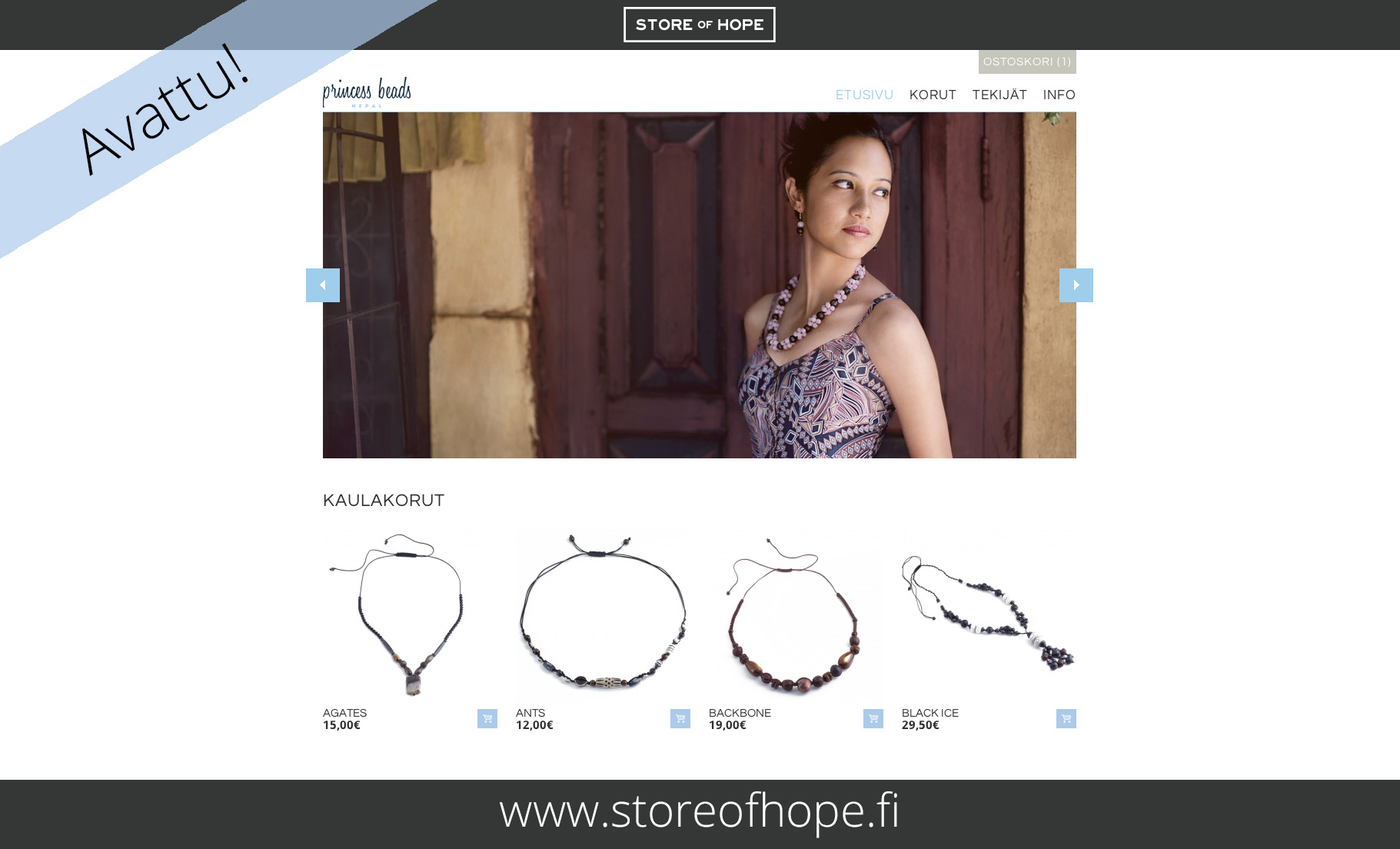 Take your time and browse around the website to find your favourite piece of jewellery. There are also more items coming, so it’s worthwhile visiting the store every now and then to look at the new pieces. Store of Hope -internet store now employs me full-time and the aim is to slowly increase the number of items with new pieces from development cooperation projects from around the world. So welcome to shop!

Go to the store from here: www.storeofhope.fi