After touching down in Dubai we certainly had lots to digest. At last we were up to speed again and there was something else than huge question marks on our next week’s agenda. The taxi was going well over 100 kmph on a six lane highway. Garbage, cows, dogs or even people for that matter were nowhere in sight. It was dark and getting late so we just headed to the lodging where Heikki was already expecting us. Despite Misa’s impressive facial hair growth on the trip, seeing a completely fresh face rejuvenated our moods and kicked the journey into high gear. 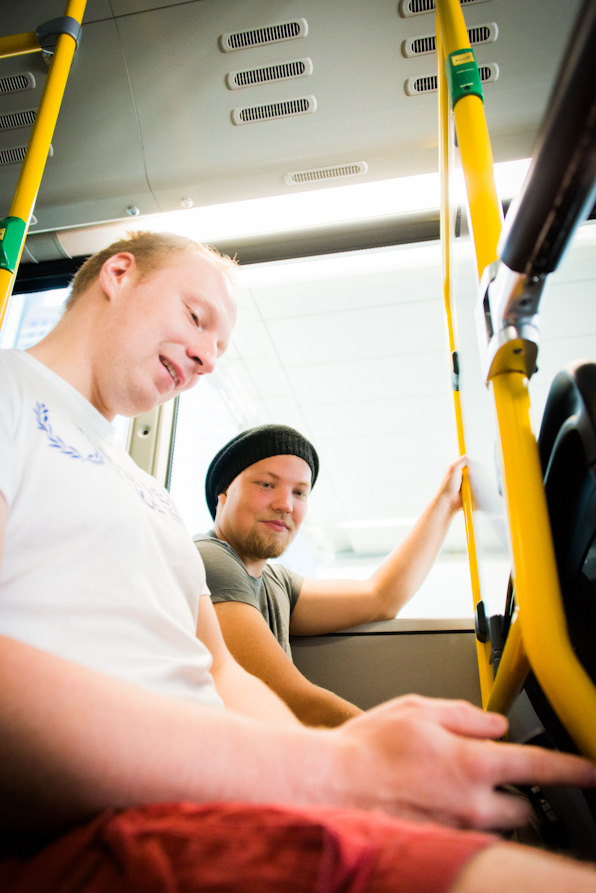 In the morning we went straight to arrange Iranian visas, assuming that processing them will take the whole five days we had planned on spending in Dubai. We took the fine new underground and a bus into a suburb where the Iranian embassy was. The dress code in Dubai is relatively relaxed so Heikki and I were wearing shorts in the heat. However, we could not enter the Iranian embassy in that attire so Misa went in to arrange the visas.

After half an hour Misa came out but was not exactly convinced about getting the visas. Surely, our applications had been accepted and the officials had promised the visas as quickly as the following day, but after all the promises made by Indian officials we did not have a lot of confidence left in official estimates. We decided to come back the next day nevertheless.

From the embassy we strayed into Dubai Mall, the biggest shopping centre in the world. It’s hard to even try to compare in such a short time the contrast between this mall in the Middle East and every day life in Nepal. 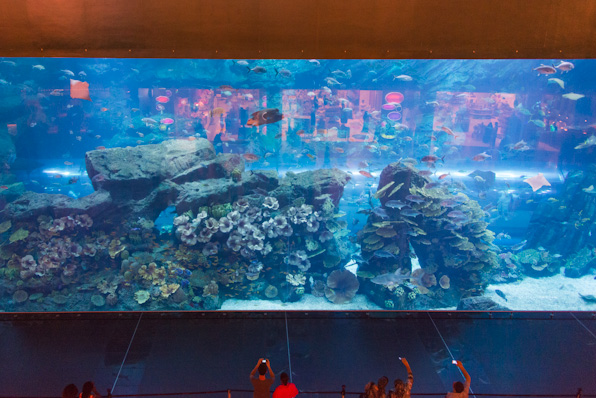 The biggest shopping mall in the world featured a petite fish tank. 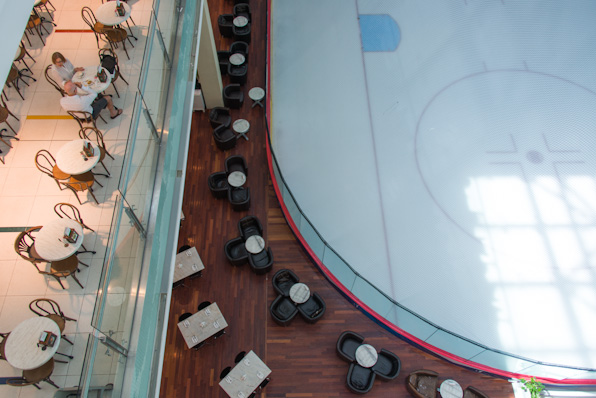 And an ice rink too!

The night brought back more memories of India. My guts were turning inside out. This wasn’t a standard case of Delhi Belly but had more to it. A lot more organized, if a stomach flu can ever be. In the course of the day we found out why.

I wasn’t able to go into town in the morning so I stayed behind to sleep when Misa and Heikki left to fight the visa battle. I will let Misa tell the tale:

”I marched once more into the Iranian embassy, this time to pick up our passports that we had handed in the day before. I had presented a collection of documents to an Iranian official who hardly took a glance at them before piling them next to his desk. Having spent two months in various embassies in Finland before the trip, I was very sceptical as to whether our half filled visa applications would add any thickness to our passports. However, after five minutes I stepped out into scorching sunlight with a broad smile and two passports. Both of them had a seven day visa! 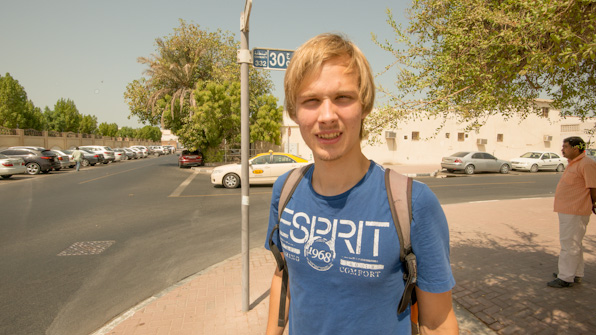 After a short adventure we were in the neighbouring emirate of Sharjah with Heikki. On the bottom floor of a highrise built in the middle of the sea of sand we found an office where, after a short chat, we managed to get three ferry tickets to Bandar Abbas in Iran. All necessities in order, we had a few free days ahead of us!”

During the day I checked up on my symptoms and it appeared that there had been cases of Giardia infection in Chitwan, Nepal. Giardia is a parasite that spreads in the intestines, kicks in with a delay and causes a plethora of symptoms. The illness explained my abysmal exhaustion in Mumbai (that I had explained away simply as gloom), the upset stomach over the last three weeks and the headaches of the last few days. The treatment was a single 2000 mg bang of Tinidazole. A blast the guys had picked up for me on their way back. I slammed the pills in the evening and waited for the morning to see how they work.

Misa had found us through the Internet a Canadian family living in Dubai and we’d be going to stay with them for free. This was a big deal for us because the delayed schedule had rendered our tight budget negative. The money due from Dream.do video seems to be running out before we reach Finland, meaning we’d need to use our own savings.

It was interesting to walk into someone’s home, stay overnight and meet them for the first time while doing that – especially when you don’t necessarily have anything in common with that person. But our Canadian hosts were fantastic and we are super grateful to them!

In the next few days we will explore the sights in Dubai! 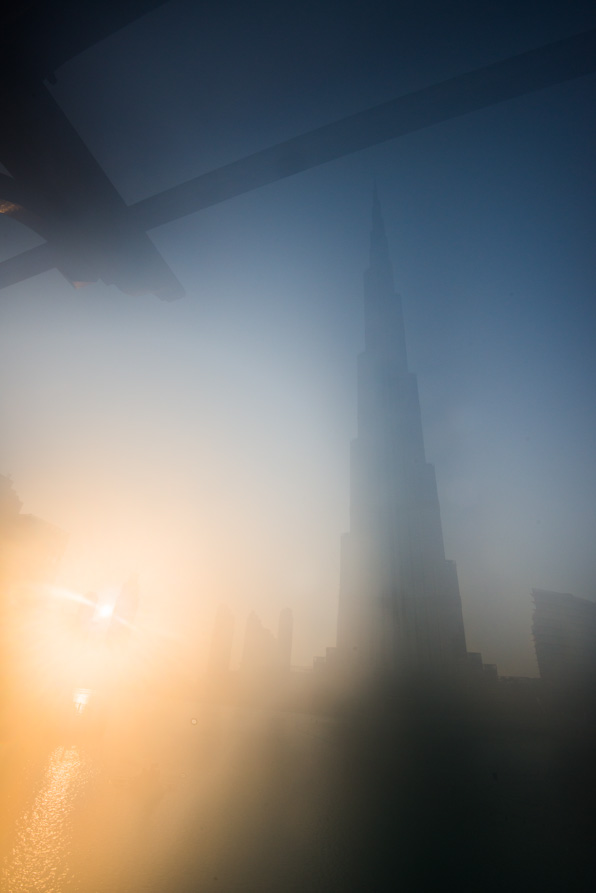 The difference between air-conned interiors and the torrid air outside is this big: the camera lens gets foggy when you walk out.