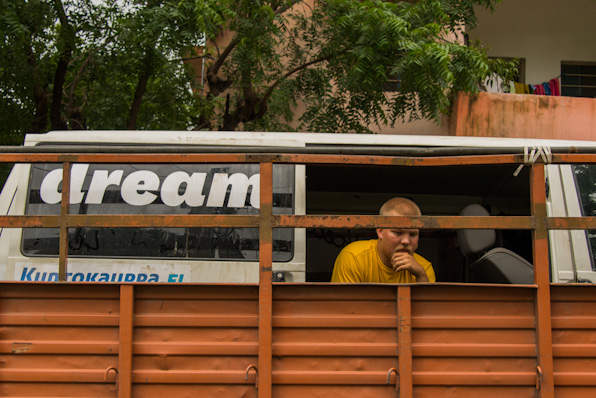 We’d planned to write about the return trip

in chronological order, but now we have to make an exception, since our situation is so critical right now.

Misa and I were in a car accident in India yesterday. We started off early in the morning from Udaipur to get out of the city’s narrow lanes before traffic woke up. We reached the highway which was about the same size as Finnish motorway (a four lane street) and the journey started altogether well.

The road was practically empty, which is rare in India. We were able to drive on an empty lane, not having to zigzag between lorries like usually. We were overtaking a lorry which was driving on the right-hand lane when it suddenly decided to change lanes.

We had our lights on, although no other car did. We had honked as a sign that we’re about to overtake and done everything by the book. There wasn’t a cow or anything on the lorry’s lane, yet there it decided to change lanes. We slammed on the brakes and gave a honk, but it was already too late. With a speed of 80 kilometres per hours, the collision couldn’t be avoided. 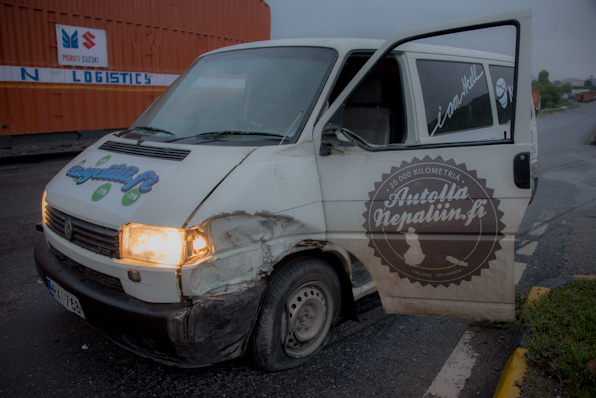 We hit the lorry on the side, bounced off to the centre of the street – which luckily had an opening in the median – and we ended up on the oncoming lane. The lorry scurried off (probably realised he was guilty), so we didn’t manage to get its licence plate down. 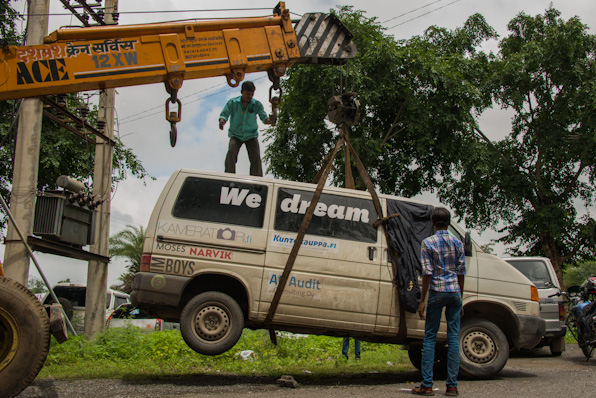 Long story short. We called the police, they towed us to the police station, made sure we were okay, ordered us a lorry to which we loaded up the Lump. Then we crammed ourselves in from the Lump’s windows and spent the next twenty hours on board the van, travelling backwards toward Mumbai. 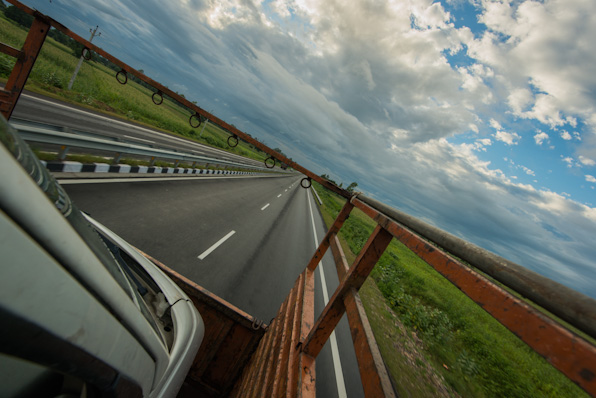 Misa and I are both fine but the same can’t be said for the Lump. The most damaged parts are the control arms of the front tires. We got the car up for service only today, so tomorrow we’ll find out what kind of maintenance the car requires and how to proceed from here! 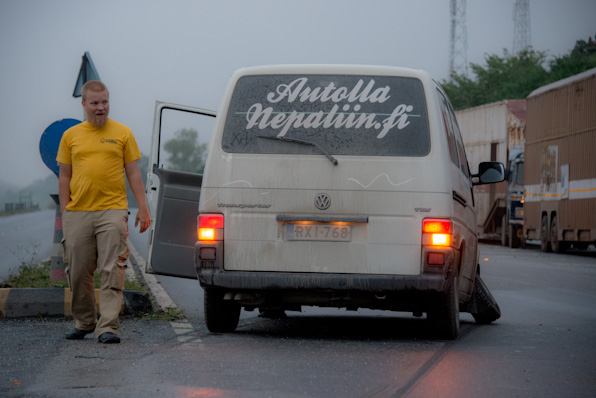 In all probability we won’t make it our ship which leaves from Iran the day after tomorrow. It’s likely that we’ll have to stay in Mumbai for at least a week to settle things. This means that our schedule will mix up and our plans will change – at least for that time span. We wanted to keep you up to date on this major development! Sure we’ll survive this somehow, like everything else so far, so keep those thumbs up!

We’ll publish more information once we know something!