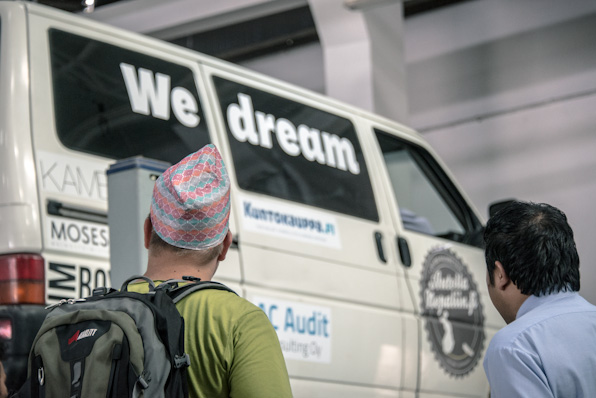 We meant to stay in Kathmandu for about a week, but during that time we had loads of activities for every single day – the smallest of which was to buy certain small items, like another hard drive, memory cards, rope etc. But buying stuff in Kathmandu isn’t as simple as it is back home. First you need to find the district, which sells the products in question. Then you need to rummage through every small shop to find the right product you’re looking for. Only then begins the arduous task of negotiating the price, which can go on for hours in order to get a reasonable prise.

We also had bigger issues on our to-do list. First we needed to visit Princess Beads to find out the status of the jewellery, pack the products to our car and handle the payment. Also, we had to fit a lot of other things into our schedule, including two press conferences, a dozen or so interviews, putting new stickers to the car as well as doing a little maintenance work to it, meetings with different officials –

along with other fun, yet time consuming chores.

Anyhow, our programme went ahead just fine and we achieved a great deal during our time in Kathmandu. 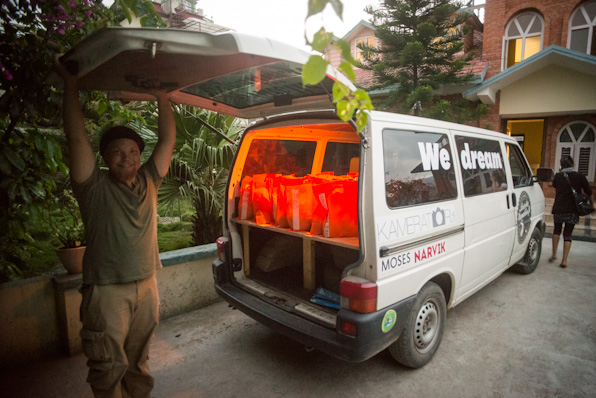 During this trip, we’ve had our share of unexpected twists, but nothing compares to the bombshell that Rico dropped into our laps on our Saturday breakfast. The guy just stated quietly that he had plane ticket to Finland – for that evening.

From the beginning, we’ve known that Rico needs to be back in Finland for his school by September 15th, but it was only the first day of the month. What? Why? 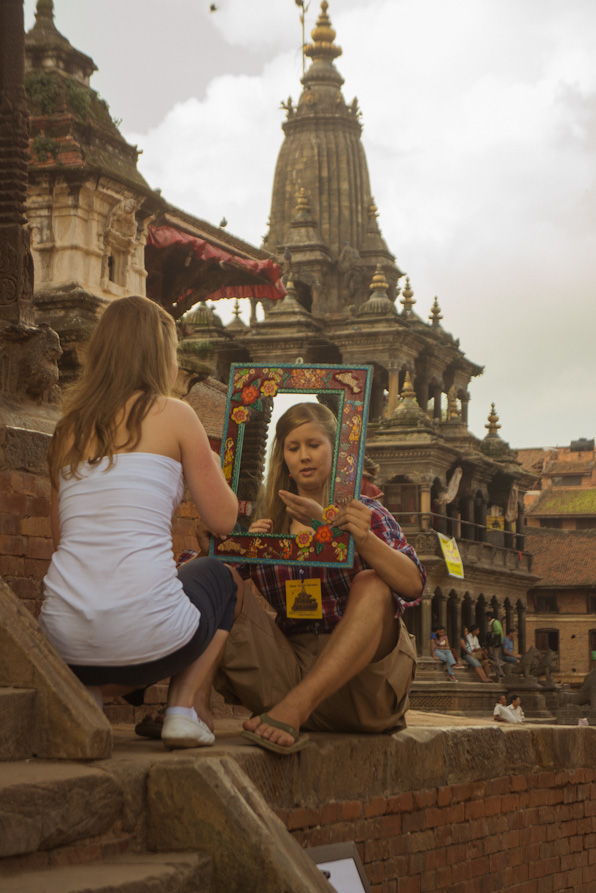 Rico had estimated that, as he could only tag along the trip through India, it was all the same whether he’d fly home from Kathmandu or Mumbai. He’d said this to his girlfriend, who, in the wee hours of the night, had happened to find a low-priced, last-minute flight from Kathmandu to Finland and bought the ticket immediately. It seemed that the hasty departure was as great a shock to Rico as it was for me.

We were already a few days late from our schedule and as Heffalump (our affectionately named car) had already learned the route to the airport, it was decided that we might as well drive Mikael and Maija to the airport. The Lump was already packed full to the brim in anticipation of the next day’s departure, but Mikael’s immense weight proved to be too much for ”the Mrs” to handle.

On our way to the airport we heard a great bang from the Lump. As we climbed out to find the source of the sound, we found nothing. Yet, after that, every hollow in the road produced strange noises from the car’s left-hand rear corner. After taking Mikael and Maija to the airport, we started to investigate the car in the darkness of the night and found that the left rear spring had snapped from the base. The old lady’s knee joint needed to be changed.

In Finland we could’ve changed the spring in a matter of hours, but we hadn’t seen a single Transporter since we left Kazakhstan, so it was safe to say that spare parts couldn’t be found on every corner. The local Indian-made Tata’s and Mahindra’s had leaf springs, so Heffalump’s coil springs could’ve actually been the trip’s first insurmountable car problem.

We took the car to VW’s repair shop and they also were sceptical about finding the right spare parts. Nevertheless, they promised to overhaul the car and do their best to find the parts. 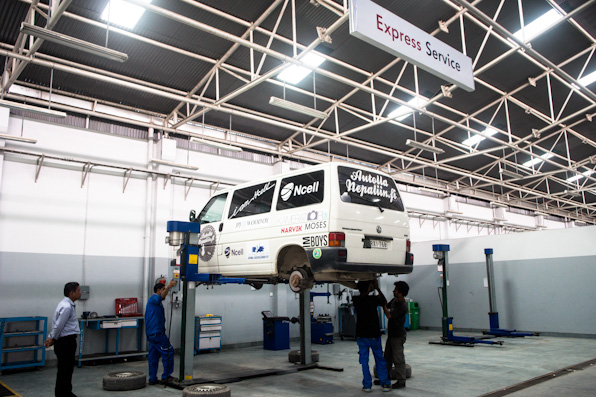 During that day, the guys at VW’s checked the toe-in, repaired the leak in the power steering, screwed on the number plate to the back of the car and did all the possible basic check-ups for the car. And as by a miracle, after a number of calls they found a suitable pair of coils from a freight warehouse of some airport. In addition, the repairmen didn’t charge us for the work. Apparently they had read about us from the papers!

Although Heffalump had been through a knee operation, we didn’t want to risk anything by travelling with hundreds of kilos of jewellery. The new springs seemed to work just fine, but their make and nominal weight load was unknown. Anyway, taking the jewellery by land seemed problematic due to the fact that we were already behind schedule and in the worst case scenario it could take days for the jewellery to be cleared through customs in different countries. Therefore we decided to send most of the jewellery to Finland by air.

After Rico left, Misa and I were alone in Kathmandu. I started calling my trusted friends, ’cause we needed a third driver if we wanted to advance swiftly, but safely and sensibly. From Tampere I managed to hunt down a surprising person, who can, for the foreseeable future, join our driving team in Iran. But the two of us have to drive through India alone.

Changed are inevitable in life, but in this trip the twists and turns of life have been more frequent than amidst our daily lives! But you can adapt to everything and manage everything!