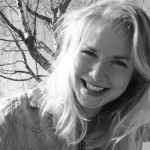 The jewelry that the guys are going to get from Nepal will be sold in an online store, and I’m responsible for running the store. This is the first business I’ve ever run, and for the past month I’ve been exploring options for getting startup money for it. I knew from the beginning that the schedule for opening the store was very tight, and government agencies don’t operate fast so it might not be possible to get the money. Startup money is very important for new entrepreneurs because with the help of it they can concentrate on their business instead of working a second job to secure income. That’s why I wanted to find out if I had a change for startup money despite the tight schedule.

Beginning of the problems
I began exploring my options by meeting with an entrepreneur adviser at the local Enterprise Agency. In the meeting I told them about our idea of an online store that does development cooperation, and I also presented them with a business plan. Due to the tight schedule they suggested that we’d try starting up the business as a co-op and then later we’d set up a limited company (ltd) for which I could apply the startup money then. To me this sounded like bending the rules, but I was told that it wasn’t because legally I Tahan lisataan kylkeen Betsoftin Slots3-teknologiaa hyodyntavat hedelmapelit joita harvemmin on nahty Suomi casino s4gambling.com/fi/ kasinoilla. wouldn’t be an entrepreneur but an employee at a co-op. I then started to investigate how to set up a co-op, and how my working for a co-op would possibly affect my chances of getting startup money. I called all possible instances that give advice to entrepreneurs (there are plenty of those in Finland, btw) and tried to figure out the best way to go about all this.

Everything was going well, except that the person who had been handling my application went on vacation. So I had to call a new person, to whom my case was completely new, and, what do you know, they gave me new advice. Basically there was no way they could handle my case in the given time frame. ”Go back to the Enterprise Agency, get a statement from then and then we’ll see.” Great, after a month of working on this, I’m still at the start line, thanks to all the different advice I’ve gotten from the different offices. I now have an appointment at the Enterprise Agency again with a new person, who will probably give me some different new advice. Can”t wait.

Why does this have to be so difficult?
Everything would’ve been much easier had I gotten all the information I needed from one place. Information like which papers need to be sent where and which office is responsible for which part of the application. The Enterprise Agency should be that place but it’s not. At the Employment Agency they know how things should be done, but they won’t do it, because they have outsourced the work to Enterprise Agencies. Yes! This is a sure-fire way of reducing youth unemployment, creating new businesses in Finland and getting innovative ideas into use. It would have been easiest to just forget about the startup money and concentrate on starting the business without it. But hey, where’s the fun in easy?